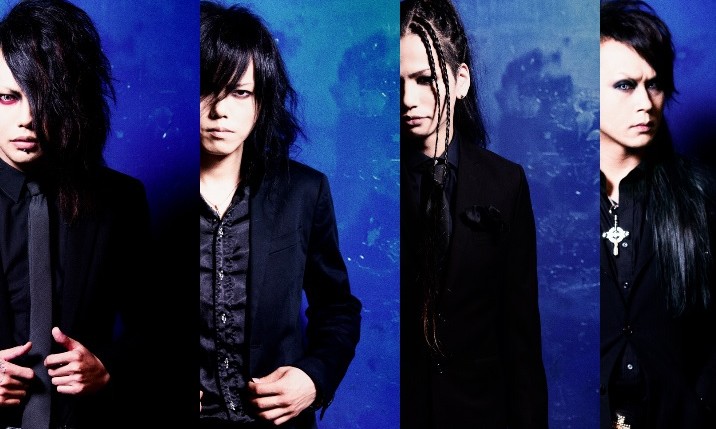 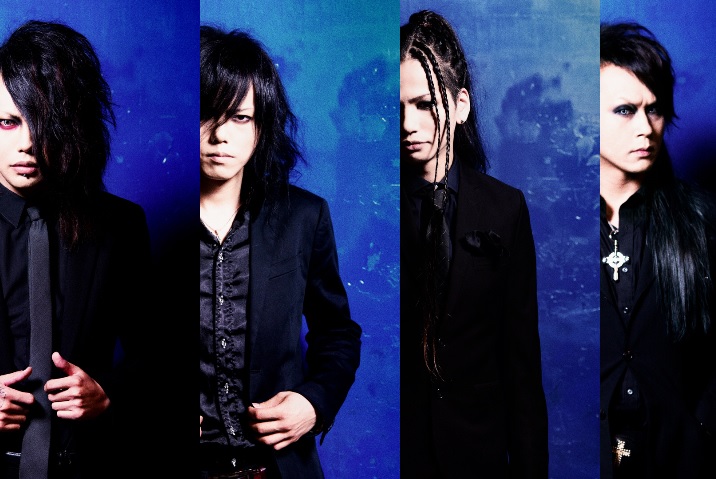 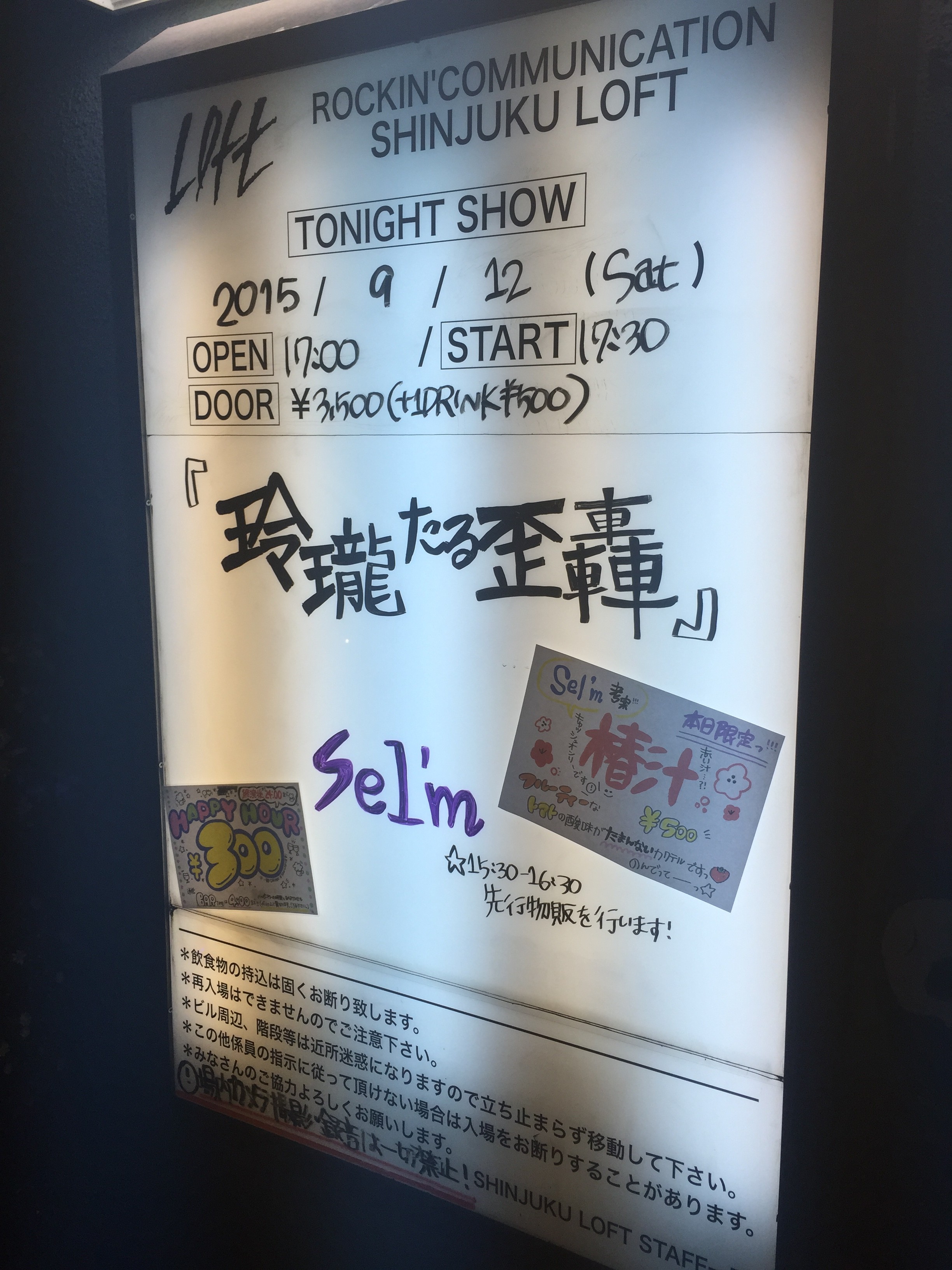 We were kindly invited to Sel’m’s Oneman Event Live at Shinjuku LOFT on 12th September 2015 to interview Sel’m about their concept and what they have in store for the future. Drummer MANJ” will soon be taking a hiatus due to health complications, but it shows no signs of slowing Sel’m down! We wish him all the best on his road to recovery and await his return with bated breath!

Since, today is Sel’m’s first interview with Kerberos International, would you give us a brief self-introduction?

Could you tell us what is Sel’m’s concept is?

MANJ”: Not really. –laughs- We don’t really have one. I guess when we first started, we had quite a masculine concept in mind, but we really just want to make songs in our own way. We’re fairly uncomplicated. When we make a song, everyone has a hand in arranging it.

Tsubaki: When we first got together, we thought ‘oh, let’s make this kind of music’, especially when we listened to the songs MANJ” had made. When we heard his compositions, we knew that we wanted to make that kind of music. But, concept-wise, I guess we don’t really have one. The melody of songs is very important to us though, so I guess our concept is just to make good music.

Ryuga: Simply put, it’s to make music interesting and fun… And to live in that way as well.

Takuma: We don’t have one, but it’s the four of us that is very important. We make the heart of what it is to be us.

What is the origin of the name ‘Sel’m’?

MANJ”: First and foremost, it’s a coined word. We created it from a word in French meaning ‘serum’.

Tsubaki: Are you sure it wasn’t German?

MANJ”: It very well may have been. –laughs- But we changed it, so that’s all that matters. At first it had a similar meaning to ‘echo’, or ‘resound’, but eventually we settled on ‘Sel’m’.

What kind of themes often appear in Sel’m’s songs?

MANJ”: I don’t think we have a set theme… we try and create the best atmosphere for a concert, that kind of feeling where everyone can have fun. We’re all about setting the tone and mood, so it’s the same with our name, we kind of just go for what feels best in order to create atmosphere. But at the same time, we go a lot on instinct during lives. It’s not necessarily planned.

What Sel’m song do you want people to listen to?

MANJ”: We have a full album coming out on Wednesday 21st October. I would recommend all of the songs on there, so please try and get hold of it somehow!

Tsubaki: I would recommend any of the songs that you can see on Youtube, especially if they have a PV uploaded. It really gives you a sense of who we are as a band. Personally, I really like Shine, since it was the first song we all made together.

Ryuga: I’m with MANJ”. Please listen to the songs on the new album “Reirou”. I’d recommend all of them as well. It has the same name as the Oneman today, but we couldn’t get the release dates to match up –laughs-

Takuma: I’d like everyone to listen to our new release too. But, I also really like the last song we played today, ‘Believer’. It’s pretty violent, chord-wise, but it has a great melody. Even though we’re seen as a pretty intense band, we also do some ballads as well, and I love that variation.

When you’re on stage, what kind of performance do you aim to give?

MANJ”: Kind of the intensity of a fight, the idea of a very active performance. I want to include a lot of feeling in every aspect, and something that is that intense is very similar to a battle. I want it to include the audience in our very marrow. As a drummer, I have the ability to bestow that feeling on the audience, so I try to do it in every performance. But, even so, drumming isn’t just about drumming. The intensity you feel in my playing is an expression of myself.

Tsubaki: I never think about performance. I perform based solely on instinct. Usually whatever is happening in my life is reflected in my performance but I never really plan out how I’m going to perform, I run entirely on instinct, so the person you see on stage during concerts is the real me coming out.

Ryuga: I like to give a wide variety of performances. Don’t you think that always doing the same thing is so boring? If I want to mess around on stage, I’ll mess around. If I want to be cool, I’ll be cool. But, for me, I just like to mix things up.

Takuma: I guess that if people watch me, I want them to see me having fun and have fun as well. That’s the only plan, really. Performing isn’t just standing here, or playing there, it’s about including your very heart and giving it form. That’s the kind of idea I want to convey with my performance.

In April, Sel’m reached their 11th anniversary. It’s a very long time for a band to be active, so what do you think the glue is that keeps you together?

MANJ”: No-one wants to quit. We just want to keep going the way we are so there’s no conflict or any problems of that kind.

Tsubaki: Everyone gives their all to Sel’m and tries with everything they’ve got. We’re all really serious about Sel’m, so that’s probably why we’ve been around so long.

Ryuga: I’m probably not the best person to ask since I only joined 3 years or so ago, and I’m not really sure why Sel’m have come so far. Making our own music how we want to is the very marrow of this band, so that could be a reason why.

Takuma: We’ve got nothing else we can do, or want to do –laughs- Outside of Sel’m, we have nothing. That’s all. –laughs-

So, let’s talk a little bit about yourselves. What is something you’ve become interested in recently?

MANJ”: Interested in… recently… not much I guess. I’ve been very busy but… oh! Acoustic guitar! I practice playing acoustic guitar whilst watching Youtube videos. I usually make our songs on guitar, but there’s something different about properly learning guitar. I wanted to practice and study it more. I want to do it properly.

Tsubaki: Whiskey and kick-boxing. I’ve done kick-boxing for about a year, so I’m still a beginner, but I wanted to use it in concerts to add to the atmosphere.

Ryuga: Walking. I’ll walk for about three or four hours a day, even if it’s raining. It’s usually at night. My knees are bad so I can’t run, but I wanted to exercise so I go for long walks. And if you walk to places you don’t know, you find all sorts of little shops and new places to visit. It’s kind of exciting.

Takuma: Definitely whiskey. I’ve always been interested in whiskey though…so I guess it’s not a recent thing. I tend to drink it every day, and I’ll drink anything; but I enjoy scotch in particular.

What does the word ‘music’ mean to you?

MANJ”: This interview is getting deep! –laughs- Music is something to enjoy. It’s like the way it is written in kanji – ‘sound’ and ‘fun’.

Tsubaki: Listening to music is kind of a hobby, but making music is my whole life, so I can’t decide what it means to me. Music is a very important thing, but it also offers up a lot of freedom.

Ryuga: When I write lyrics, I’m expressing my own self. Music is who I am. Actually, originally, I was just a normal member of society with a normal office job, and then I joined a band. Usually band men start off in bands and eventually end up with ordinary jobs, but it was the opposite for me. If I didn’t have music, I would probably be stuck in some office job.

Takuma: Right now, music is my all, my everything. If there wasn’t music, I would be unable to do anything.

Since you’ve all known each other for a long time, you must be good friends. So, if you could become one of the other members for a day, who would you become and why?

MANJ”:  It just seems kind of fun to be you.

Tsubaki: I’d be Ryuga as well, because I have no idea what he does when he goes home. He’s so  -switches to English- mysterious.

Ryuga: I would become Tsubaki because I know absolutely nothing about his private life. Like does he have friends? A girlfriend? I don’t know. I want to find out about his everyday life. Everything about him is such an enigma.

Takuma: I think I’d be…MANJ”. Because doesn’t that hernia hurt?! –laughs- but, if I was him, then he wouldn’t have to feel the pain.

What’s the next challenge you want to take on?

MANJ”:  I want to heal my hernia. And then I think I want to go abroad… but I’m no good with planes, so I want our overseas fans to come here for me! –laughs-

Tsubaki: I want Sel’m to continue on in a good way.

Ryuga: I want to act without compromise from now on.

Takuma: There’s so many things I want to do. I want to get our photographer to teach me photography. I like photos but I don’t take any myself so I want to learn how to do it because I can’t do it.

Have you got anything you would like to say to your overseas fans?

Takuma: We want to go abroad, but we don’t know if we can do it because we can’t force MANJ” onto a plane. Personally, I’d love to go.

MANJ”: Please come to Japan. I can’t do planes. –laughs-

What are your plans for the near future?

Ryuga: We have our release in October. As for live concerts, in September, we’re participating in the Zeal Link tour of Japan. We’re also appearing on an omnibus album, so we’ll be in that tour too. MANJ” will be on hiatus until his hernia gets better, so we will have a support drummer from DEATHGAZE playing for us. Then in November, we will have our own Oneman tour.