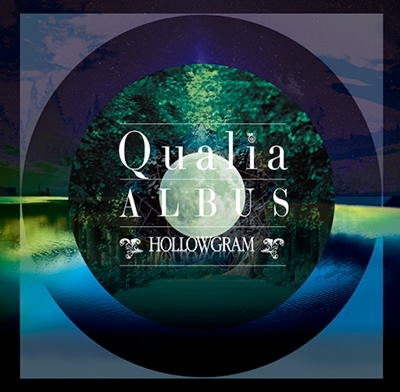 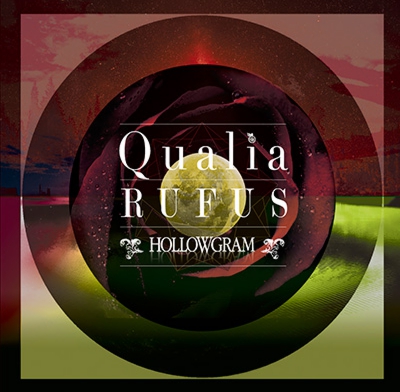 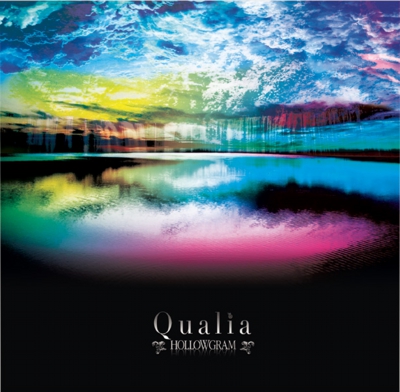 Uploaded with permission from the band

We went to The Black Swan’s sponsored event “Killer x Killer Carnival vol.4” held at Ikebukuro Edge on 8th August 2015. The top batter was Femme Fatale, followed by Hollowgram and headed by the Black Swan. During preparations, Hollowgram kindly put aside time to take an interview with us!

– Today is the first time Hollowgram has had an interview with Kerberos International, so would you be able to give a short self-introduction?

– Could you tell us about Hollowgram’s concept?

Kazuya: Well, the word ‘Hollowgram’ is about things that have no form. We give a reflection of those things.

Ryo: Hollowgram is all about things that have no physical being. It’s about the feelings of the heart, humanity’s deepest emotions. We give form to life and death, or love itself. Anything that you can’t see with the naked eye, we try to give form to. It’s an incarnation of those things inside, so ‘Hollowgram’.

Yuki: I don’t really get it, but I like to play bass so…

– It’s certainly a magical name! So what kind of themes often appear in Hollowgram’s songs?

Kazuya: We don’t have a set theme. The songs are usually made by three of us, so the theme is whatever we feel like at the time.

Ryo:  It’s really wide. We have intense, violent songs, and we also have the softer ballads. We’re trying to express what humanity is about to we try and get the audience to imagine all sides of the story during our performances.

– What song would you like people to listen to?

Yuki: The easiest song for me, Rufus.

– When you’re on stage, what do you want to try and convey with your performance?

Shinya: That drumming is my way of life. I want people to feel that. If people watch me, and I can hear lots of opinions, I think we can respond and grow as a band.

Ryo: I want to express what I feel in my heart. Of course, I also want to give a very stylish performance, and hope that people find our music stylish as well. If people think that about us, I am content.

Yumeji: I’m a bandman through and through, so I want to be seen as a performer, someone who lives for music. I want to be the kind of guitarist who displays his emotions through his music and I always want to be at lives, performing with style. I want to convey my entire consciousness.

Yuki: I want to perform not just as a band but as an individual. I want to give lots of energy without even thinking about it to make our music look smooth and easy.

– So how did the band Hollowgram start?

Ryo: Originally, I approached Yuki about making music for me so I could be a solo vocalist. But then as we progressed, we began to think that forming a band would be a really good idea, so we gathered together all the members of the current Hollowgram and made one.

Yuki: At first I was just helping Ryo make music, then we went out drinking and the talk turned to making a band to make music together. So it started off with me helping Ryo, I guess; and then built itself into Hollowgram.

Kazuya: I was talking to Yuki, and he mentioned that he was forming a band, and then we became the 5-member Hollowgram you see today.

Shinya: Yuki and Ryo told me about it.

Yumeji: Yuki just came to me and asked me what I thought about joining a band. And so I did.

– Today is the 3-man Live Concert with the Black Swan and Femme Fatale. When you first met these two bands, what kind of impression did they leave on you?

Kazuya: I thought that their music was pretty heavy and that Hollowgram was very different –laughs-

Shinya: I thought that both bands had very different music to Hollowgram, too. Also, both bands carry such a confidence that it left a real impression on me.

Ryo: We first met the Black Swan at a sponsored event, and they just came straight up to us and handed us their CDs. I remember thinking that their passion was really strong and that they were really straight-forward and straight-talking. I liked that. Femme Fatale, of course, know exactly who they are and what they’re doing.

Yumeji: Before I was in Hollowgram, I’d seen Kaya live, and then I ended up doing a session with him. At that time I thought about how much I wanted a band like Kaya so I was super excited when I was offered the chance to join Hollowgram. As for the Black Swan, we did a Tokyo-Osaka-Nagoya tour with them before, so we wanted to do it again. My first impression of them was that their Visual Kei style was very strong, especially with their make-up and the shouting in their songs.

– So let’s talk a little bit about yourselves. What’s something you’ve become interested in recently?

Kazuya: Darts! Way back when, I used to play darts every day but I’ve recently picked it back up again!

Ryo: Oh… Recently I’ve been really busy so… I don’t think I’ve had time to think about it.

Yumeji: Home parties! My friends, and my music friends, our seniors and juniors, get together at my house, and we drink. It’s really good fun.

Kazuya: I’d go to Finland, because I really want to see the Northern Lights. They’re beautiful.

Shinya: I’ve been to a lot of places, but I guess I’d go back to America. If it was for private travel, I’d go to New York to feel the atmosphere. But if it was with the band, I’d want to go to Europe, possibly France.

Yumeji: I want to go to Bora Bora to see the ocean.

Yuki: I’ve been to Paris in France for a live before. But I’d like to go to Ireland because a lot of great musicians come from there.

– What does the word ‘music’ mean to you?

Kazuya: It’s the art of enjoying sound. It’s something I look forward to.

Shinya: In music, there are fun times and there are hard times, so I think music is very necessary to life itself.

Ryo:  In Japanese, ‘music’ is written with two kanji: ‘sound’ and ‘fun’, and that’s what I think it means to me. It’s all about the excitement and the enjoyment and those moments that make you go ‘waa!’ I love being able to feel the wide range of emotions that music brings.

Yumeji: For me it allows me to live the way I want. It gives me freedom, it gives me my own path. I guess you could call it ‘life work’. That’s how I feel about music.

Yuki: My view on music has changed as I’ve aged. In my first band, music was kind of binding, it was something I gave. But, now, it’s more of… a home-thing. It’s something personal to me.

– Kerberos International is a site aimed towards overseas fans, so is there anything you would like to say to those fans?

Kazuya: I would really love it if they could come and see us perform one day!

Shinya: Even though our languages may be different, I think that music overcomes that barrier and provides a way for us to be able to exchange emotions and ideas. In Hollowgram, we also listen to foreign music, so I think there is a medium of exchange happening. And, to keep connecting with those fans, we will keep trying our best.

Ryo: I’m always so grateful for the messages I receive. I got a lot of messages for my birthday, and about my injured leg, and I was so thankful for the support they gave me.

Yumeji: Everyone has very different interpretations of music, so I think it’s great if they’re listening to us!

Yuki: Hollowgram is very different from a normal Visual Kei band. So, if you like new and different things, I would say that you should listen to us.

– So what plans does Hollowgram have for the future?

Kazuya: We’re currently in the middle of making new music!

Yuki: I’m making some new music for a new CD.

Shinya: I guess it’s not fully decided yet though. We’re making songs because we’re thinking about releasing a new CD, possibly an album.

Ryo: In Hollowgram, we keep our own pace. We’re going to make songs, do our lives and if we can continue to grow and progress, then, once more, I am content.

Yumeji: We definitely work at a relaxed pace, making sure we get the timing right for our lives and performances. We’re going to continue on, but we don’t necessarily want to be tied down.