Let’s see what the bright and shining BASH! have in store for us today!
We talked about their new release ‘Pop Candy’, their concept and their personal preferences, so let’s hit it~! 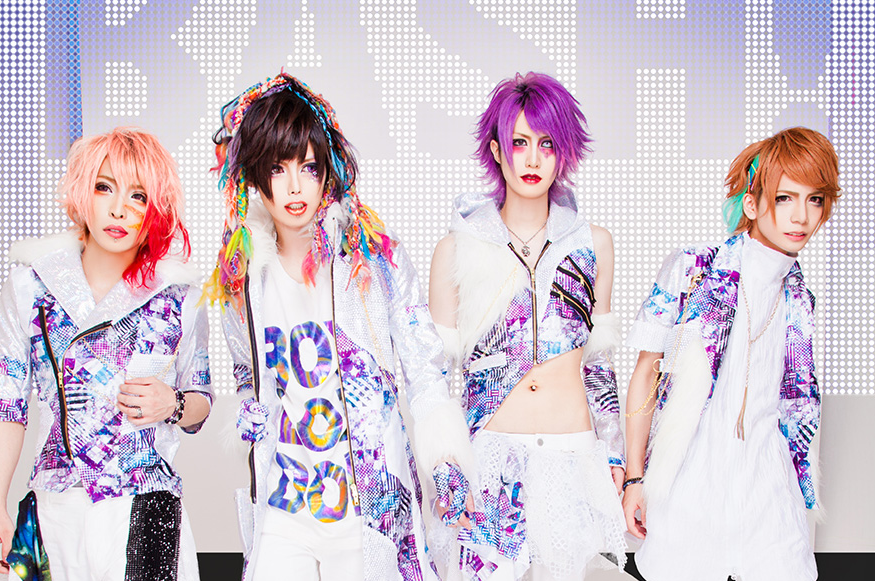 Could you tell us how you joined BASH!?

What is BASH!’s concept?
Ayumu: BASH! is a really unique concept that we’ve made our own. It’s always changing though. Our concept varies depending on we want to do but I guess we want to make it a little bit like an anime. We can take you to a different world, a different time, a different place every time you listen to us.

What about the concept of your current outfits?
Ayumu: They’re the costumes for our next release ‘Pop Candy’. We’re a Kirakira band [NB: Kirakira is a style of Visual Kei that is very upbeat, sparkly and has a pop theme] so our image is bright enough to reflect that. We wanted the costumes to be fresh and pretty.
Taiga: That’s why they’re white.

What kind of themes often occur in BASH!’s songs?
Ayumu: Our theme is also kind of about the days of your youth, or your school days. We like to talk about the past and how it becomes a new age or a new era. That’s what ‘Pop Candy’ tries to express – the idea of something new forming from ages gone.

Speaking of ‘Pop Candy’, could you give us a brief explanation of the song?
Taiga: I think it’s really easy to understand, and has a melody that’s pleasant to the ear. The songs in this release really show our development as a band.
Taku: Yeah, the drums are also really easy to listen to. The name of the song is reflected in the melody since it has a very ‘pop’ feel.
Ayumu: We stuck to our concept and wanted to explore the idea of bygone times, particularly someone’s school days. We wanted to look at the emotion felt about old times. When we wrote the lyrics, we wrote them about looking back and reminiscing.

When you perform, what memories or feelings do you aim to leave with you fans? What kind of performance do you want to give every time you stand up on that stage?
Taiga: We want to give them a good place, somewhere they feel like they belong.
Taku: I want to make everyone smile with my performance. When I’m on stage, I want to see everyone smiling more than anything.
Ayumu: Definitely a place where they belong, but I also want our performance to be something like a fashion show. I want to leave them with something as impressionable as that.

What does the word ‘music’ mean to you?
Ayumu: If there was no music, I would not be here. It’s the meaning of my life.
Taiga: When we perform, even if it’s just one song, we have 3-4 minutes to change lives. We can change someone’s perspective, or their lives. For me music has that very meaning – the power to change.
Taku: For me music is healing. When I play on stage, I am whole again.
Ten: They’ve said everything it means to me, but I would also add that music is really really important. It is my very life.

If you could have several wishes granted, what would you wish for?
Taku: –points at Ayumu- cars.
All: –laughter-
Ayumu: Ok, cars. And I would want to play a live at a really huge venue that we’ve filled out with our fans.
Taiga: Yeah, I’d want the same thing! But also I want immortality. I don’t want to die. I want to keep going and playing forever.
Ayumu: Oh! I want Doraemon too. Like his pocket and his door to anywhere. How useful would that be!

Where would you like to go overseas?
Ayumu: I’d go to Bali. I really want to enjoy the atmosphere there and soak up the sun.
Taiga: I’d definitely go to France. I love the French culture and France itself. I don’t know when I can go, but I really would like to go at some point.
Taku: If it wasn’t somewhere on this Earth, I’d actually really like to go to the Walking Dead world…
Ayumu: Wait, what? Do you want to die? –laughs- do you just want to fight things?!
Taku: No! I think that world is really interesting! It’s really cool! You could test your survival skills!
Ten: I want to go to America and perform there. I think New York would be a really good place to go, because of all the night-life.

Do you have a message for all your foreign fans?
Ayumu: We’re a Japanese band active inside of Japan and so our melodies can be a little more Japanese-style. It’s very different from those melodies in the West, I think, so if you could come to like our style even just a little bit, I’d be very happy. If people start to like the Japanese style of melody, then we can spread music wider and faster. Please listen to our music loads!
Taiga: If you get the chance, please come and see us live.
Ten: We understand you’re very distant from Japan but music knows no boundaries and can reach you. Please listen to our music!
Taku: Please come and see us live! Let’s spread BASH! together! 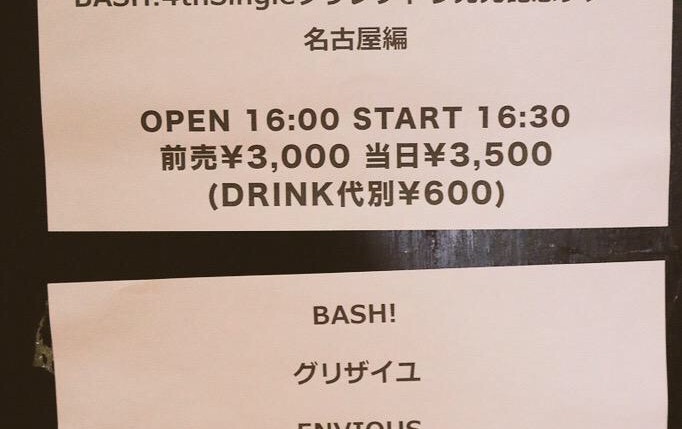 All photos by Kerberos Oniisan! #ケルベロスお兄さん

Today was BASH!’s live in Nagoya Holiday NEXT! 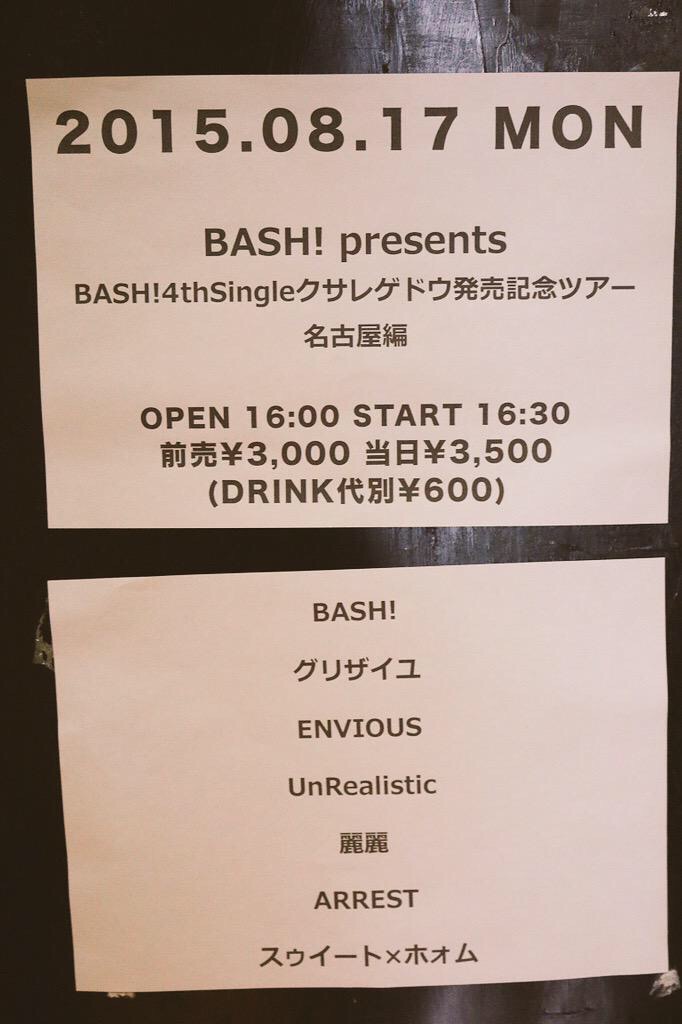 The doors swung open at 4pm, ready for a guest list of 7 bands, headed by Kerberos’ BASH!

Kicking off the night was ARREST! Kerberos’ Oniisan caught them just before they started; the band to drive the crowds to excitement and set the tone for the rest of the night! 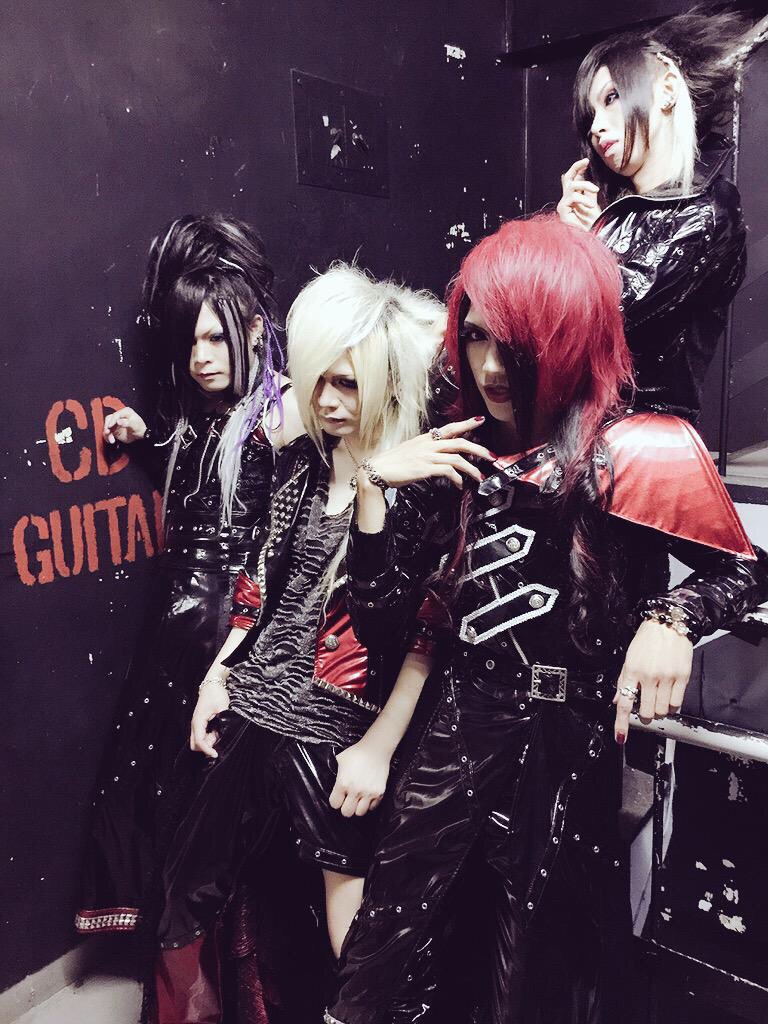 グリザイユ #ケルベロスお兄さん
Third for the night was スゥイートxホォム (Sweet Home)! The new Kerberos band doing a live with all their sempai was a sight to see! 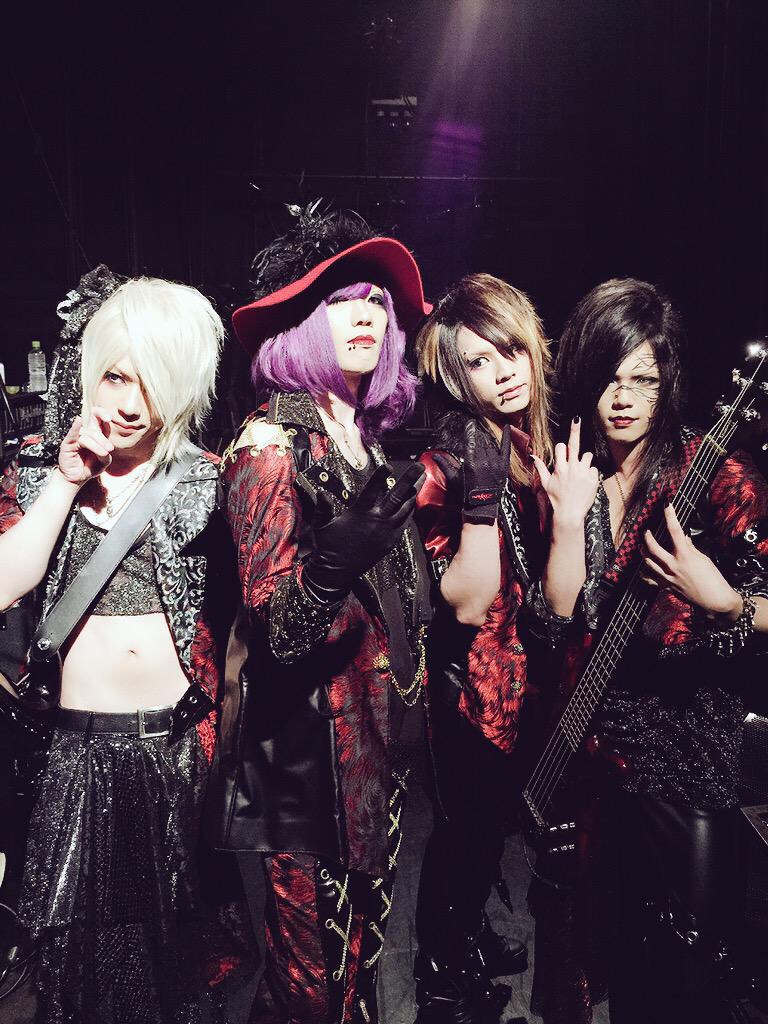 スゥイートxホォム #ケルベロスお兄さん
Fourth up – ENVIOUS! It’s been a while since they last played Nagoya! 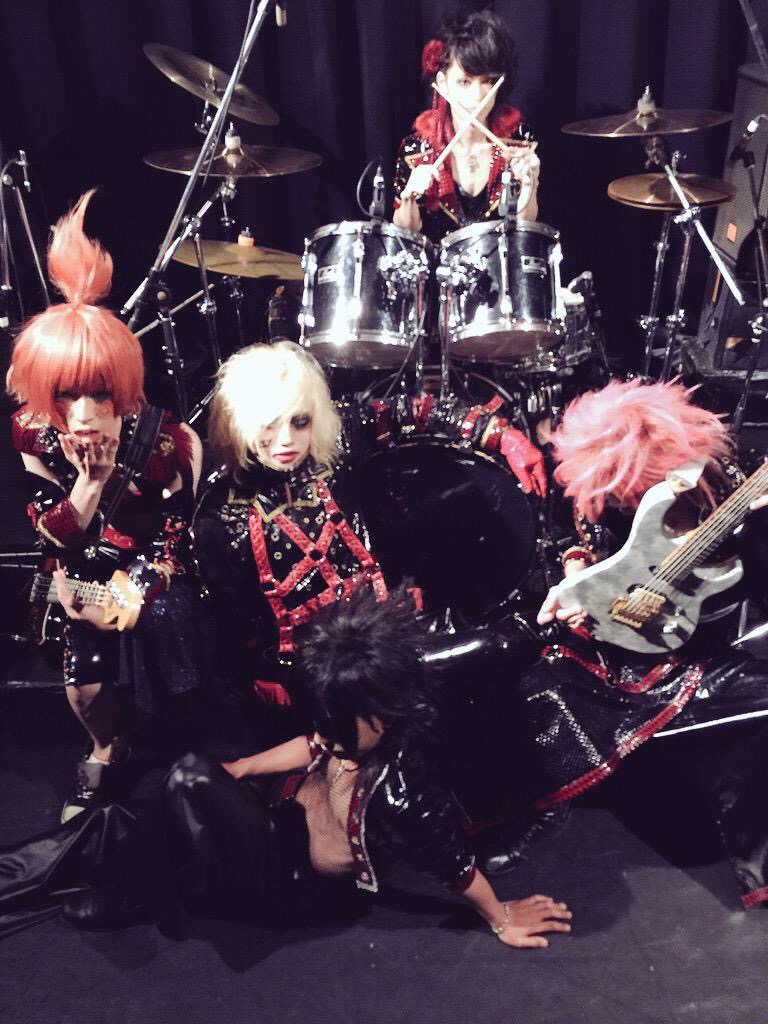 ENVIOUS #ケルベロスお兄さん
Then we were on the fifth band! UnRealistic!

Recently they’ve been giving lives their all and have produced amazing things! 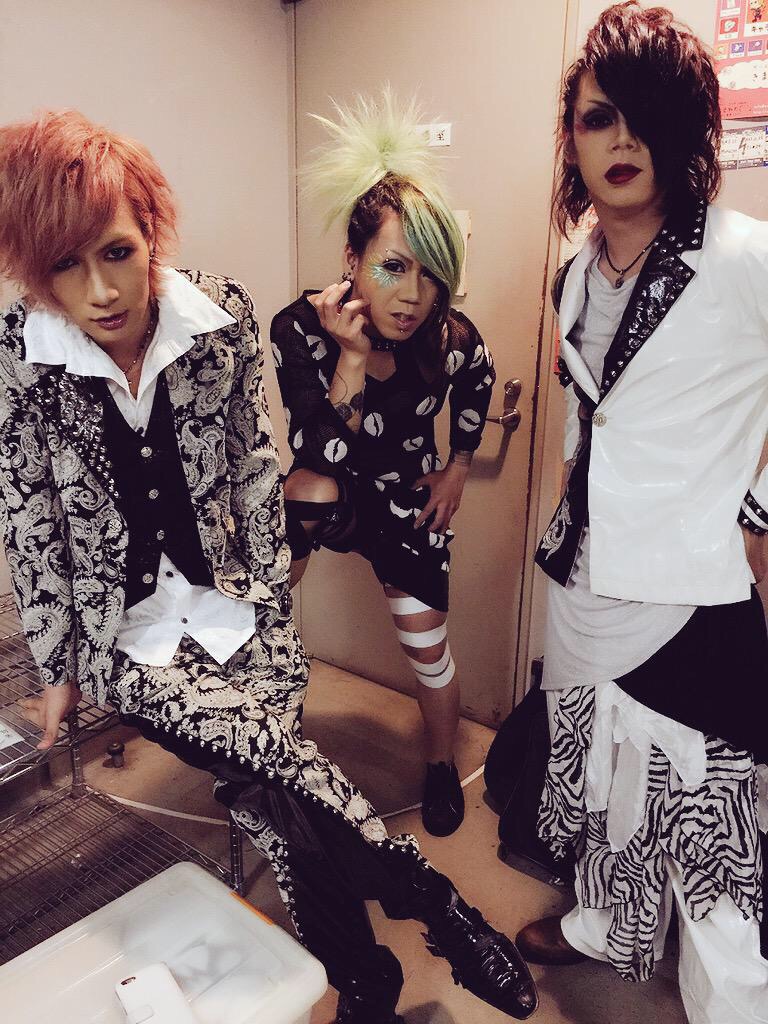 They have great chemistry and balance as a band! 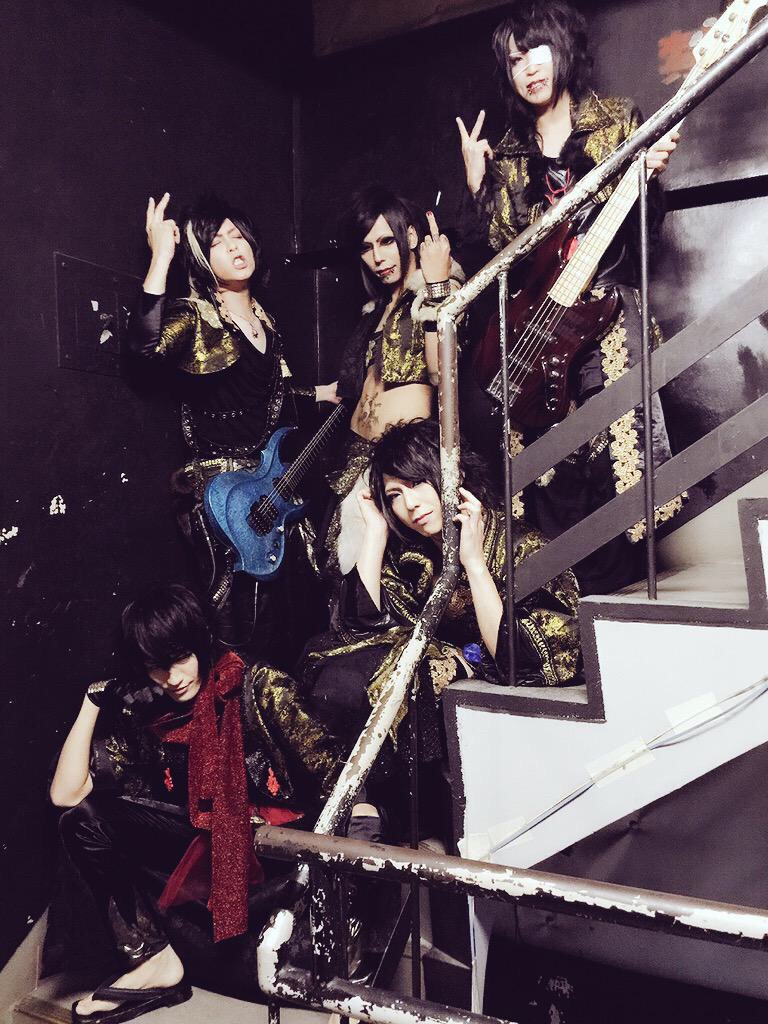 And, of course, last but not least, BASH!!

Build up the tension, bring down the roof!

Congratulations on the release of your fourth single Kesaregedo! (*^^*) 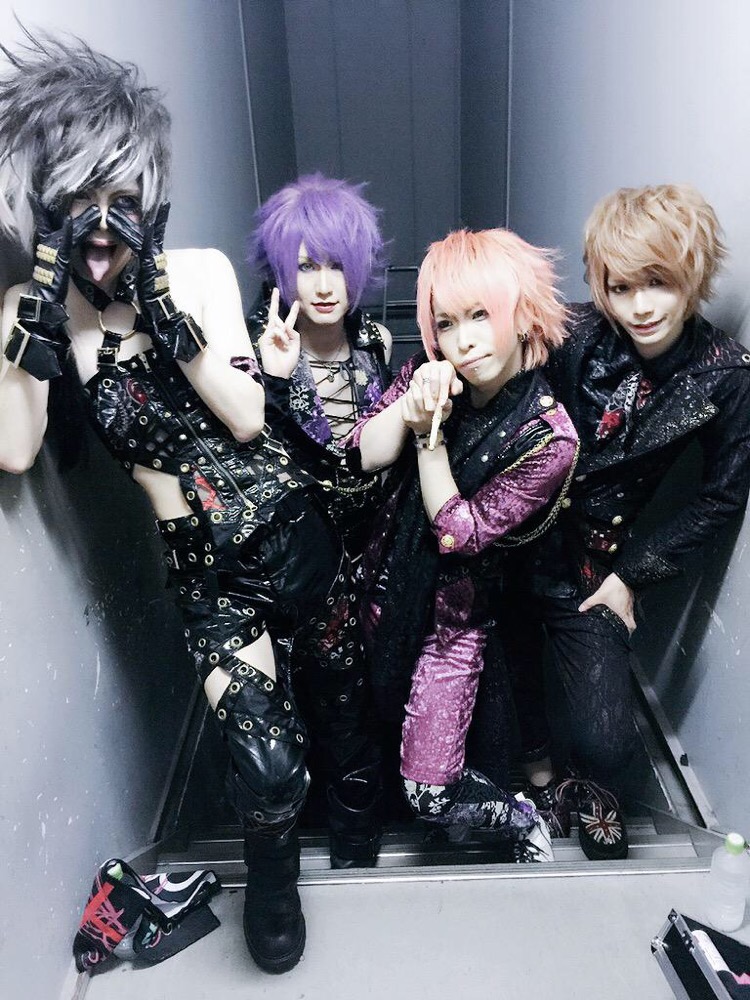 A night to remember! 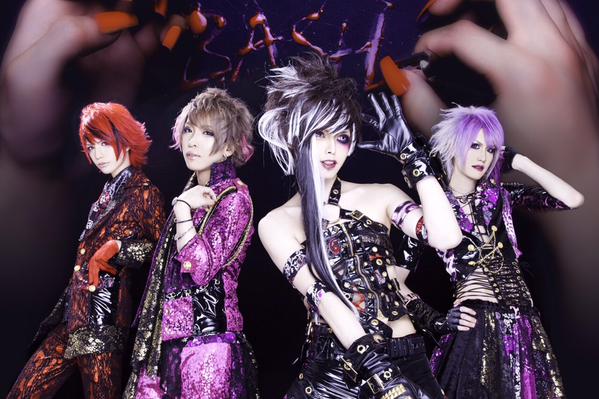 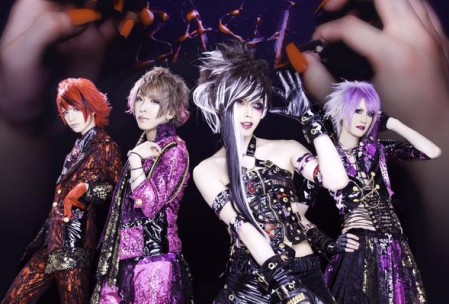