The fourth in one of KERBEROS ENTERTAINMENT’s currently running event concert series, “ONE SHOT ONE KILL” date:4 took place at OSAKA MUSE on September 17, presenting a variety of visual-kei bands that ranged from those of a colourful and sparkly nature to bands from the darker end of the emotional as well as aesthetic spectrum. Each of the seven performing bands put forth their best efforts to entertain their fans in attendance as well as potentially gain a few more followers from the other bands’ ranks. 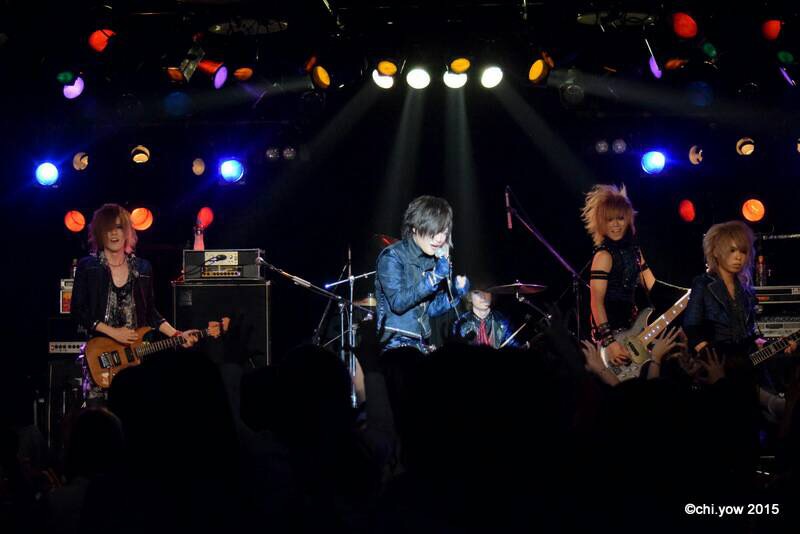 Recently graduated from the KERBEROS group, FoLLoW opened the event with a medley of danceable pop-rock tunes that got the crowd moving energetically along to vocalist MASASHI’s playful requests. The lively band kept the energy high with ‘Akashic Records‘, and taking a break to extend invitations to upcoming shows, before polishing off their set with their signature ‘Don’t Stop Music.’ 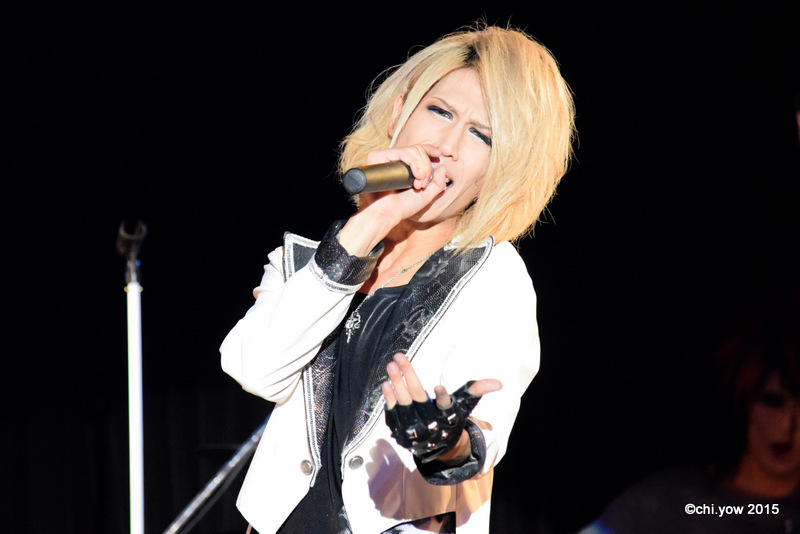 The second band of the night, PEAK HOLD, cycled through a mix of rough and loud compositions like ‘Monochrome‘, as well as melodic ballads like ‘Hikari no saki ni mieru mono.‘ Vocalist Yuta strongly projected his voice from the stage in long notes and reaching out to the crowd to draw them closer. The varied set allowed for the crowd to get a bit rough, but not too much, for the night was far from over. 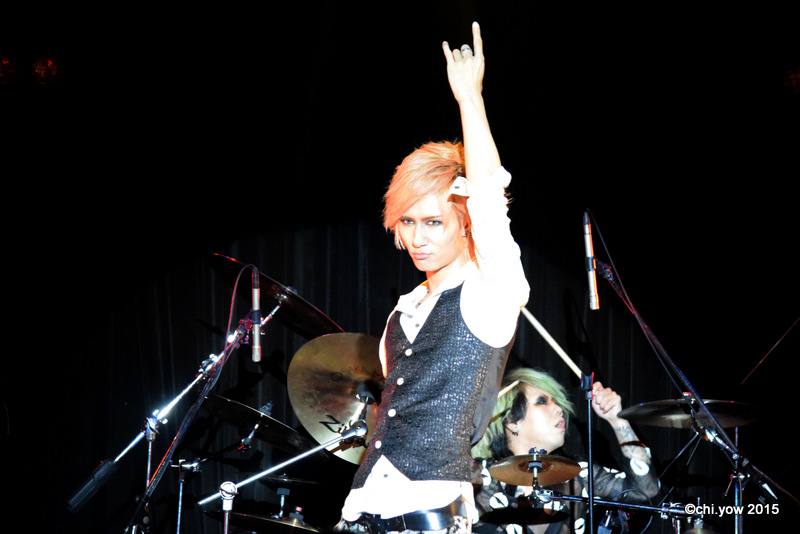 Not about to waste their time on stage, UnRealistic cranked up the aggression by bringing a sold set of energetic and rowdy, vocalist Yuuto beckoning imperiously for all to rock out to tunes like ‘Ruler‘ and ‘UNREALISTIC‘ until their arms fell off from the furious fist-pumps. Guitarist Yusuke made for a slightly frightful sight as he loomed over the front rail whilst playing, but was welcome with open arms by eager fans. 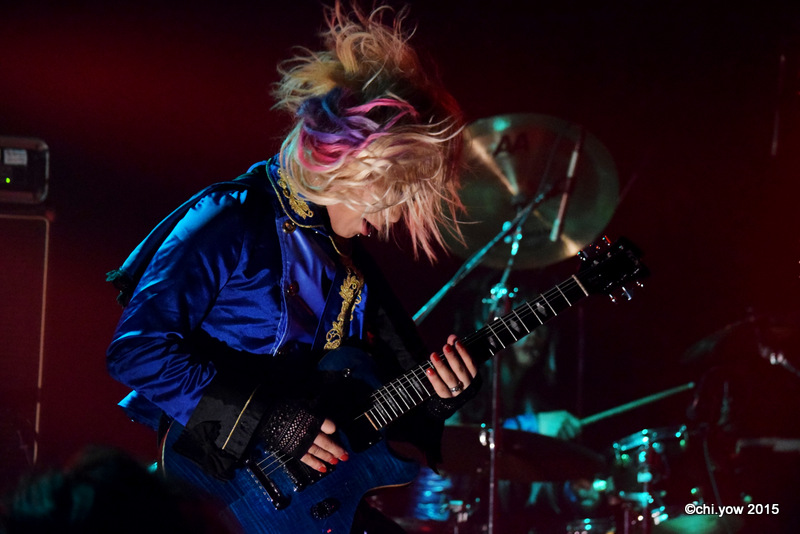 Hiz only continued the string of violence, as they got the crowd fired up with the combination of vocalist Siki’s fierce yells and screams in ‘SIREN‘ and ‘Kusogaki, tsuki ni naku‘ that were echoed enthusiastically by many audience members, and aggressive guitars from Haruya and Kousuke. Although there was a moment of technical problems, the band took the chance to showcase their goods, before wrapping up with ‘In carllotte.’ 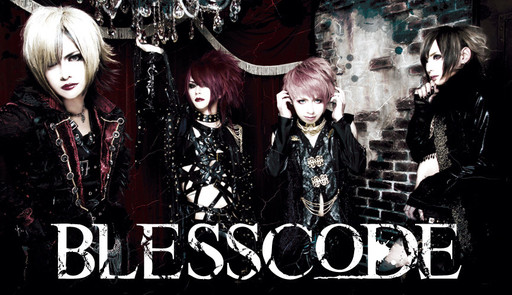 With the crowd properly warmed up by this point, BLESSCODE showed no mercy in their set, packing it full of violent and harsh numbers once the curtains opened. There was no hesitation from the floor to throw themselves into the fray right from ‘Regret Love’ until the last notes of ‘Kagerou’ had faded. 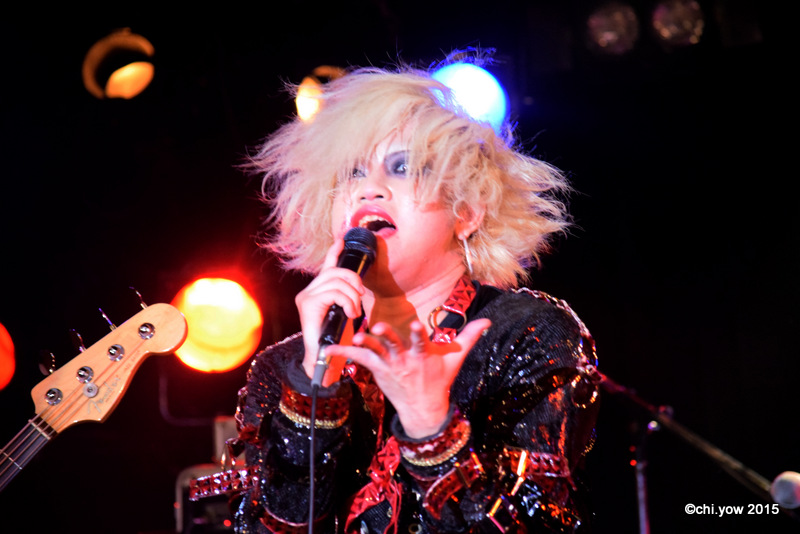 Keeping the stage relatively dark during their five song set, ENVIOUS entranced the crowd with their dark occult style, opening their set with ‘Buriki no kokoro‘ that saw vocalist Daina gesturing to bring the audience closer as he leant down from his perch whilst singing. Rapidly flashing lights added to the chaotic atmosphere as hair flew about in accordance to each song’s demands until ‘Bousou Shinka‘ topped off the band’s set.

Aijou to Zouo no Othello 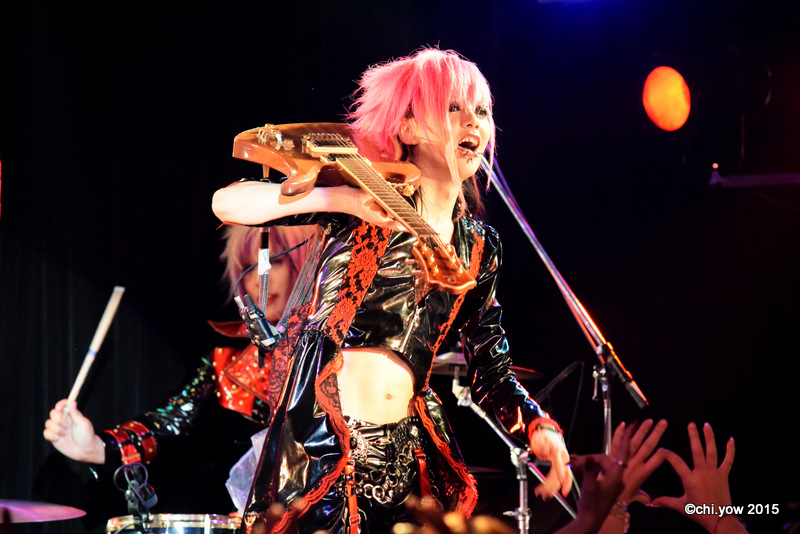 As for the last band of the night, KERBEROS veterans Shellmy kept to a moderately calm mood, keeping their audience seated for as the band presented some upcoming ballads like ‘Ame, kimi wa mado no soto,’ during which vocalist Hyo crooned the lyrics from underneath a vinyl umbrella. This prop was quickly disposed of as the floor was plunged into a final burst of chaos with a finishing ‘Otona no jijou.’

Be sure to check out more upcoming KERBEROS ENTERTAINMENT events at the official home page!